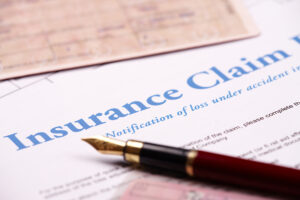 Insurers are already heavily favored by an unequal level of bargaining power. That’s why property lawyers like those fighting for policyholder rights at Pennebaker Law against bad-faith insurance practices are essential to balancing the system.

Insurance companies would love nothing more than to practice bad faith insurance on every claim, finalizing with zero oversight or scrutiny every time—believe it. Without insurance lawyers holding them accountable, they’d be free to delay, deny and underpay claims without fear of financial consequence. And that is precisely what they’d do.

At Pennebaker Law, San Antonio, we help clients deal with powerful, arrogant insurance companies everyday—day in and day out. These companies hire biased adjusters and experts who provide “insurance friendly” reports, providing big insurance with a pretext to deny or lowball claim payments. Over the past five years, we’ve reviewed thousands of storm claims for hail and wind damage.

I’ve personally dealt with insurance companies over 25 years; I’ve seen adjusters look for any and all possible exclusions or policy conditions to deny or minimize claim payments. Insurance companies train them to delay, deny or underpay claims. I’ve seen where the primary interests of these companies lie: Profits—making them, sustaining them, growing them. They couldn’t care less about your wellbeing—financial or otherwise.

Plaintiff attorneys like those at Pennebaker Law hold insurance companies accountable. We force them to pay valid claims when they don’t want to. Therefore, it’s no surprise they don’t like us; we’d be worried if they did.

Remember when Rick Perry, during his 2002 campaign for governor, ran on the slogan “Texas is Open for Business?” This refrain amounted to what politicians might call a coded “dog whistle.” Perry was making clear that the Texas Legislature would always protect big business at the expense of vulnerable consumers. He was making clear that Texas government would always side with corporate interests regarding consumer disputes with insurance companies.

It was a refrain carried over from the Governor George W. Bush Administration. Current Governor Greg Abbott, his administration and the Texas Legislature continue whistling right along.

Our conservative legislature has an insatiable appetite for passing additional laws to further erode and strip consumer rights—laws to further stack the deck against consumers in disputes with insurance companies. This, despite the fact that Texas is already the most tort-reformed state in America. It’s unfortunate that the Texas Legislature and Supreme Court are so completely biased in regards to the interests of big business and insurance companies, but, until the pendulum swings, we just have to deal with it.

As I write, there’s even more legislation being considered during the Texas Legislature’s current session specifically designed to prevent policyholders from hiring a lawyer after being mistreated by their own insurance companies!

If you’re as outraged over this as we are, we implore you to contact your local representative in the Texas Legislature and demand an end to it NOW! Demand that your representative vote against ANY legislation designed to further erode the rights of consumers and policyholders.